Are you suffering from this Urinary Incontinence? If Yes Check the symptoms and start treatment for today.

Urinary Incontinence, which occurs in women twice as often as it does in men, describes a case of involuntary urination. Put simply, a person experiences accidental leakage of urine often causing discomfort and embarrassment. The higher prevalence of this condition in women can be attributed to the structure of the female urinary tract system as well as pregnancy and childbirth.

Whilst incontinence can be temporary and occur as a result of a poor diet, medication or an infection, this guide deals primarily with persistent cases. Incontinence is not a disease as such but rather a signal that something else in your body is not performing its function properly. It is therefore essential that you seek the advice of a medical practitioner to determine what is behind the incontinence.

Stress Urinary Incontinence or SUI occurs when the affected person exerts pressure on the pelvic floor by laughing, sneezing, coughing, exercising or any other act which brings about the same effect. Urge incontinence occurs when the affected person experiences a strong and sudden need to urinate despite emptying their bladder a little while earlier.

An underlying physical difficulty may be a contributing factor with examples such as an obstruction in the form of a tumor or urinary stones, damage to the pelvic floor resulting from a hysterectomy or other procedure involving the female reproductive system, pregnancy, childbirth and neurological disorders such as Parkinson’s or a stroke. Menopause and old age are also likely contributors.

which include increased frequency of urinary tract infections, skin rashes as well as the chance of causing a negative impact on your personal life. Whilst attempts to decrease the risk of urinary incontinence may not always work, there are numerous treatment options available to those who suffer from the condition. They vary from medical to lifestyle to surgical.

ALSO READ  What are the benefits of IVF treatment?

Surgical procedures are conducted to correct the cause of stress incontinence i.e. a dropped bladder neck and urethra which occurs as a result of weakened pelvic floor muscles. The surgery’s aim, therefore, is to restore the bladder and/or the urethra’s position. Surgery often yields the best results when compared to other treatment options through the kind of surgery will depend on your preference, medical wellbeing as well as your doctor’s experience. Examples of popular surgeries include tension-free vaginal tape, retropubic suspension, a urethral sling, electrical stimulation and urethral bulking.

Did you find apk for android? You can find new Free Android Games and apps.
Download The First FREE Theme Builder Pack For Divi

WHICH SMART PILL KEEPS YOU UP DURING THE DAY 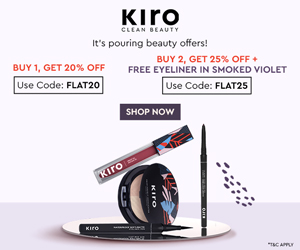 Why we do Massage for Stress Relief

5 Misconceptions About Marriage You Must Overcome

How to Know When He/She Read your MSG on Whatsapp

How Long Does It Take For A Chiropractic Treatment To Work?